Ohio Jumps Into World of Cryptocurrency 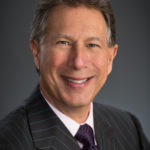 The government’s method of accepting payment, however, are not as scary as it seems on the surface – and it might catch on elsewhere.

This type of payment will not be limited to large businesses. It will apply to mom-and-pop shops as well as to the Fortune 500 companies. The state reasons that the more ways a business can pay its taxes, the more likely the state will recover taxes. This will apply to any business that owes taxes to Ohio, not just companies headquartered there.

Ohio has opened a website devoted to collecting taxes via cryptocurrency at OhioCrypto.com. On that website any business can register to pay its taxes to Ohio even if it is not registered elsewhere to pay taxes online.

As of now, a business can pay only the 23 taxes named at the website, including sales tax. The state is not currently accepting income tax payments via this method, but by including sales and use taxes as well as payroll taxes, that will cover many businesses.

Ohio is currently only accepting bitcoin, though the treasurer’s office did say that it will accept other cryptocurrencies in the future. And while Ohio will charge some small fees for the user to pay via bitcoin, those fees seem reasonable. The business taxpayer will pay a minimal transaction fee, a network fee and miner’s fee. The miner’s fee will be displayed in the taxpayer’s wallet.

There is an initial three-month startup period where the transaction fee will be eliminated but the others will remain. After the introductory period, each transaction fee will be 1 percent. By comparison, the Ohio Business Gateway charges a service fee of 2.5 percent on transactions through the online gateway. There are no fees for ACH credit and debit through the treasurer’s office. All in all, these fees are low when compared to a credit card.

The real question is how much risk Ohio is taking by accepting bitcoins, which have dramatically dropped in value since the December 2017 high of $19,000 per single bitcoin. As of Dec. 3, 2018, only a year later, its value is down to under $3,900.

Ohio really isn’t taking much risk, which is precisely why it is willing to do this. Payments made on OhioCrypto.com, through Ohio’s third-party cryptocurrency payment processor partner BitPay, are immediately converted to dollars before being deposited into a state account.

BitPay sets the exchange rate for a 15-minute allotted time window for each transaction once a business taxpayer begins to make their payment at OhioCrypto.com. BitPay assumes the risk of any market fluctuations during the allotted time window. Thus, the cryptocurrency accepted by Ohio is immediately put back into Ohio’s hands as dollars, risk-free.

It’s no surprise that the first state to do this has as its state treasurer 41-year-old Josh Mandel, who began as Ohio’s treasurer at age 34. It’s too early to see who will follow Ohio, if any other states or governments do, but this certainly is a door-opener.

Other states have previously considered allowing cryptocurrency tax payments. Illinois and Arizona debated proposals to allow residents to pay their tax bills in bitcoin in March 2018. Georgia was also considering the option in February; the draft legislation went nowhere in April, due to a “lack of understanding” about cryptocurrency. Arizona’s elected lawmakers, on the other hand, eliminated their state’s plan two months after passage due to lack of support.

The crypto world is changing quickly and we all must be on the alert for how these currencies play out.

If you have a question regarding tax, estate planning, business or real estate, contact Attorney Eric Rothenberg.

Go to Top
Email Us

Get A Case Evaluation

We are happy to provide a consultation to all first time clients.

Please complete the form below and we will contact you.